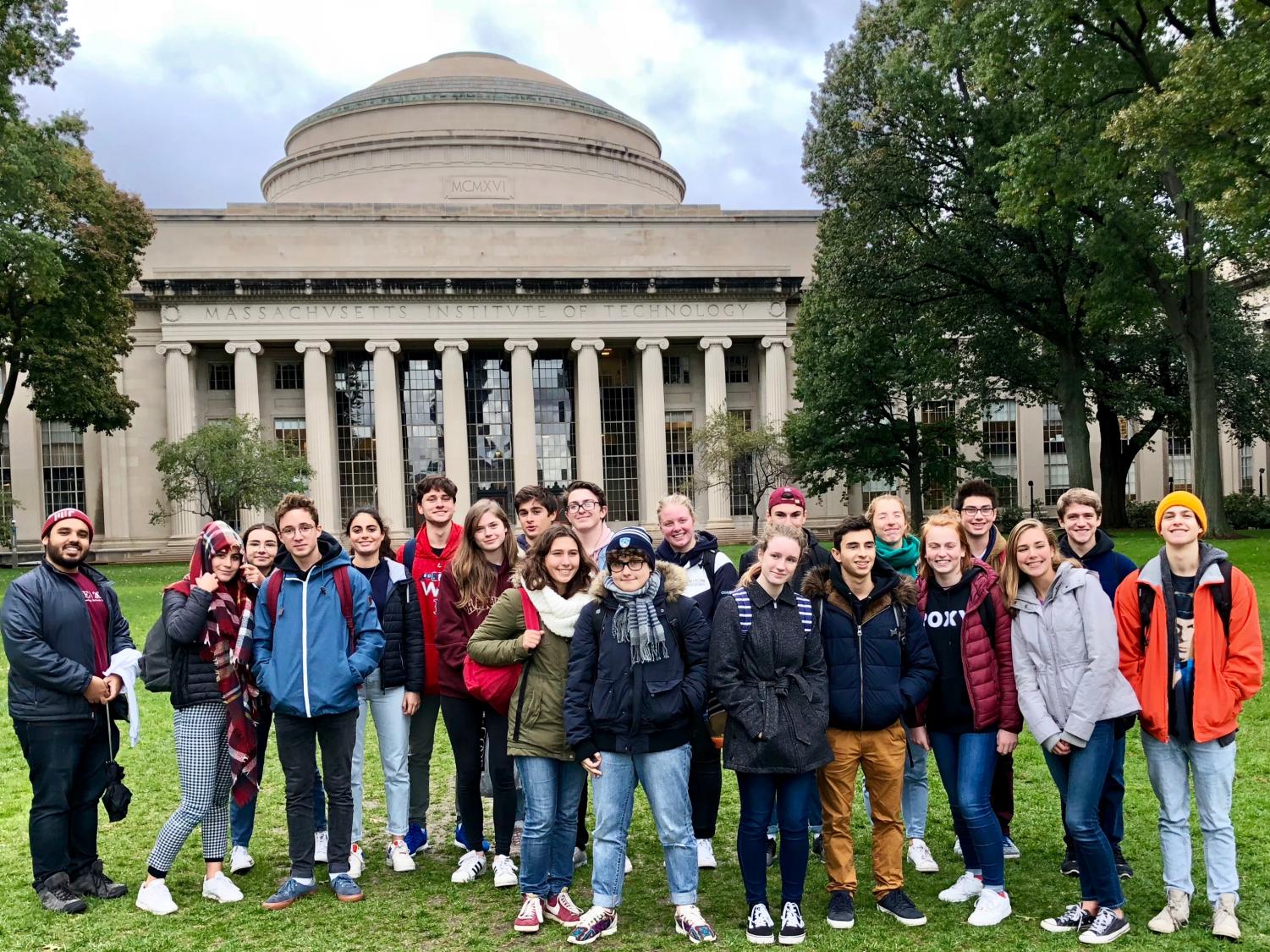 French and American students stand outside of MIT (Bell photo). 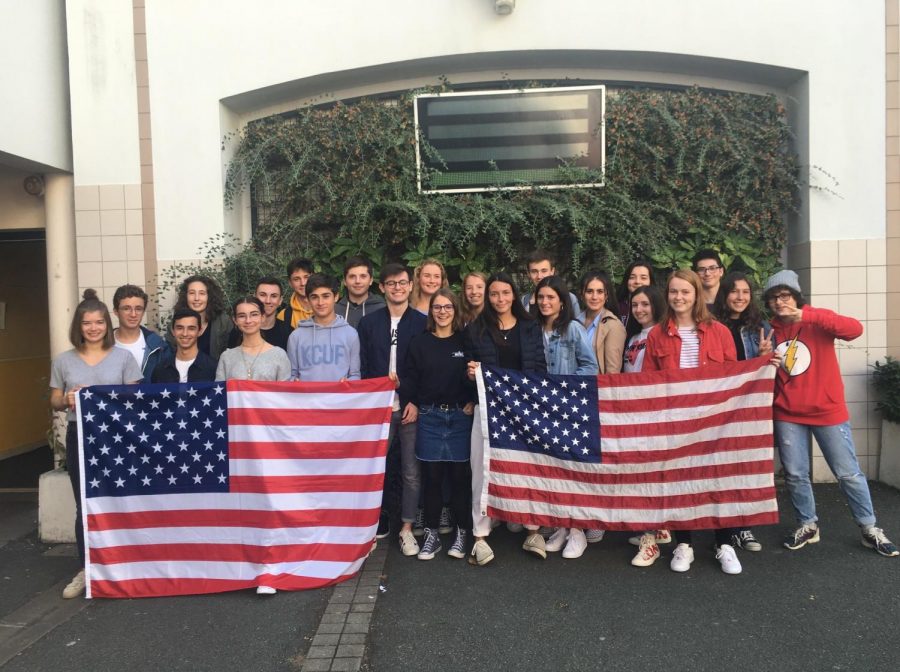 For the students who go to Triton, there isn’t much that’s new and unexpected. Students know the familiar halls, the teachers, and the chaos of the cafeteria. While this may seem like the norm, it certainly wasn’t for twenty four high school students from France.

“All [of it] is bigger,” said Clémence Rainteau, one of the French students, about Triton.

Twenty four students from Lycée de Saint François d’Assise in Vendée, France, arrived in Boston on October 12th and got their first impressions of Triton a few days later. In between field trips around Massachusetts, they followed American students to their classes, lunches, and after-school activities, to observe American culture and lifestyle.

“The size of everything [is different],” said Tangi Branchard-Aubine, a French student. “The library was really huge.”

Besides the sheer size of Triton,  another thing that surprised many French students was the freedom and relaxed nature of American schools.

“The teachers give you more freedom,” Amélie said. “You can go on your cell phone and hear music all the time.”

“American students can use their phones,” Tangi said. He talked about how in France the rules and teachers are much stricter, which isn’t always better.

“We can’t go to the bathroom when we want, so I think [in that way] it’s a little bit better in America,” Tangi said.

French students were also unfamiliar with the after-school routines of typical American students. Some, such as Tangi, were surprised at how early American students had to wake up, and how early they got out of school. School days in France, such as at Saint Francois, typically start later, and last longer (almost until five o’clock at some schools). However, up until high school, students usually get Wednesday afternoons off. French schools also offer less activities, which was surprising for some.

“You do sports in your high school,” Amélie said. “Not us.”

Typically, in France, sports are not run by school districts. Because the typical school day is longer and courses more rigorous, most students do not have much time to do sports. If they do play sports, they are usually run by the town or other local club organizations.

Others noticed some differences in fashion and typical school clothing.

“All the students wear sports clothes,” Clémence said. “In France, we don’t wear a lot of sports clothes. I think the French students are very confused about that.”

Other things that were different for the French kids were the lunches. In France, students get much more time to eat, and many schools have an open campus where teenagers can go out to eat for lunch. Tangi said that lunch in France is only a little bit better than school lunch in America.