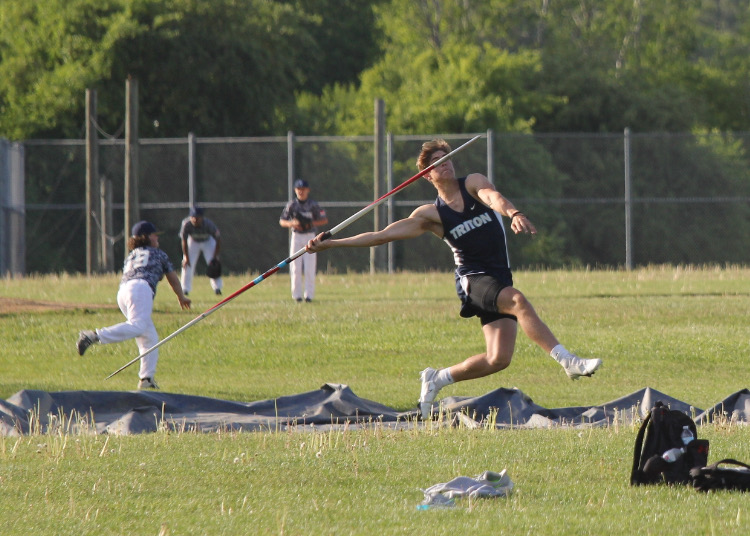 Senior Eliot Lent seen throwing a Javelin during a meet

With all the Fall sports coming to an end, some of the teams are trying to make a run in the state tournament, and there’s a lot to look forward to.  Here is a little preview of the upcoming winter sports season.

Not all the winter sports last year were able to have a state tournament and those that were only were allowed to play inter-conference games.

Girl’s basketball has had a tough past couple of seasons with not making the tournament and now having their coach step down in the middle of the season, with intern coach Miss Anderson stepping in.  Last year during Covid season they ended up with a record of  2-8 with only inter-conference games.  The season before covid they ended with a record of  2-13 The last time they made the state tournament was the 2016-2017 season.

“We hope to be better this year and make the tournament,” said Co-senior captain Maeve Heffernan “With Pentucket losing so many seniors I think Newburyport will be our biggest competitor this season.”

On the other hand, the boy’s basketball team looks a lot better with a really strong senior class.

The Boys and Girls swim and dive team also has had some great seasons in the past and hopes to continue that streak with this upcoming season. Despite last year having to deal with covid, they had one of their best seasons

“We had two swimmers break three different school records, two others swimmers qualify individually for States (had they been held), along with all of the Girls’ relay teams.” Said Swim coach Rebecca Burrell reflecting on their season last year, “We’re looking forward to the return of more regular meets, that’s for certain!” With a lot of new returning faces on the swim team this year, they could make a huge impact on the season winnings.