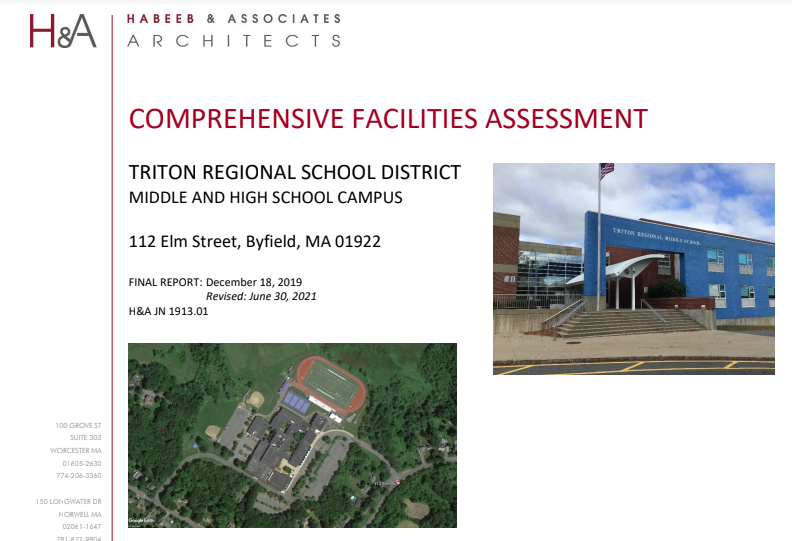 A recent report commissioned by the school committee detailed $61 million needed for repairs to Triton middle and high schools.

How to Fund $61 Million in Needed Repairs Now in Select Boards' Hands.

The next step towards fixing Triton’s aging Middle and High School building is in the hands of each of its member town’s select boards. The School Committee has asked selectmen in Newbury, Rowley, and Salisbury to decide by November 18 which method they would prefer to fund repairs and renovations.

“What we’re asking the town is whether they want to do all of these repairs over time, and largely at their own expense because the state wouldn’t help, or submit a proposal to the state that might get their support and pay 50+% of the total cost of a project,” Triton Superintendent Forget wrote in a statement to the Triton Voice.

If the towns opt to send in a proposal to the state, school committee would first submit a statement of interest by April, 2022 to the Massachusetts School Building Authority, which funds large-scale school building projects. The school would hear back by December, 2022, then have nine months to commit funding for a feasibility study — an examination that would look at renovation, rebuilding, building at a different site, and other possibilities and considerations. That study would cost in the ballpark of $1 million, according to Forget. When the study is complete, a proposal would be forwarded to the towns to discuss and approve. Forget said that the final decision process would likely not take place until at least 2024.

What is it that these buildings need repaired or replaced? Three reporters from the Triton Voice examined a recent report on the middle and high school’s building needs. In the following stories, we break down what is needed in terms of the schools’ interior, roof, and grounds. 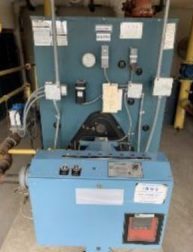 Triton High School’s ceilings are damaged by water, sagging down and stained. The middle school gym’s walls are covered in residue. The bathrooms and locker rooms are in poor condition. The utilities are nearing the end of their life expectancies. To find out how these issues will be fixed in a proposed $61,581,271 project, the Triton Voice sat down with Mr. Christopher Walsh, Triton’s Manage...

Sixty-one million dollars is the amount of money needed to do all of the renovations needed for Triton High School. The roof and envelope of the building have only seen one renovation since its opening, 50 years ago.  Leaks have been plaguing the school and faculty and students have long been affected by them. A renovation was done in 1999 and while the roof has been repaired,  it has only been  ...