Mr. Michael Astuccio has gone from a teacher, high up in the school system, to the Assistant Principal, which is Higher-Up. 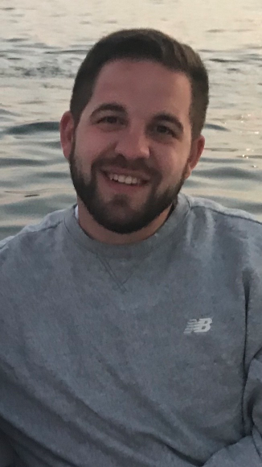 Mr. Michael Astuccio is the latest and, according to some of his colleagues, greatest in the line of Assistant Principals for Newbury Elementary School.

“I am looking forward to working with the folks at NES again.” said Astuccio, who is a Triton Alum, class of 2009.

He mentioned how he is happy to be able to return to the Newbury community, as he has many fond memories of his previous time there as a classroom teacher.

Ms. Chris Astuccio, Michael’s mother and longtime Triton teacher, was asked her stance on [Micheal] Astuccio’s progress, and his new role as Assistant. She responded with how proud she was of Astuccio, saying “ I was so proud of Michael when he was appointed AP [Assistant Principal] because as a parent there is nothing more pleasing than the success of your child, no matter their age.”

Ms. Beth Yando, the Principal of Newbury High School. Yando was asked about her decision in hiring Astuccio.“ I had the honor of hiring Mr. Astuccio for his first teaching position at NES. We are excited he has returned to NES! Mr. Astuccio does an excellent job forming relationships with students and teachers. We are so fortunate to have him at NES as the Assistant Principal.”

Another question was why he made the switch from teaching to management and administration. Astuccio originally was a teacher, but he wasn’t just in the classroom. He was on tro school boards, the Positive Behavior Interventions and Supports program, and the Professional Development Committee at Pine Grove School.

Being on those two boards gave him a bit of initial experience with school wide collaboration. He said the experience “opened my eyes up to broader ways to support students by strategically designing and revising school systems/structures to leverage student success and the quality of school experience.”

He remembers being extremely enthusiastic about the idea, and so chose to pursue a degree in Educational Leadership.

Astuccio should have expected a fairly normal first year, but that’s far from what he received. He mentions how he never expected to be learning the science behind viral transmission as a requirement for his position. Then again, neither would anyone else before this year.

Astuccio says that “it’s not just me in this role — COVID-19 has kind of hit the “reset” button for everyone. It’s like we’re all back to year one.”

Astuccio got his undergraduate degree at Stonehill College, and then Endicott College for his Masters. He also graduated from the institution he is currently employed at, in 2009.

Astuccio thought back, to see if there was ever a snapping point that he underwent to realize he wanted to teach, or if it was just an innate feeling. He found that it was a bit in between those two feelings.

Astuccio recalls from a young age that he “enjoyed school and learning, thanks to many wonderful Triton teachers along the way, and so I think by the time I reached junior year, I knew I wanted to teach.”