Amazon’s Take Over of the Environment

The Effects That Amazon’s Rapid Shipping Has On The Environment 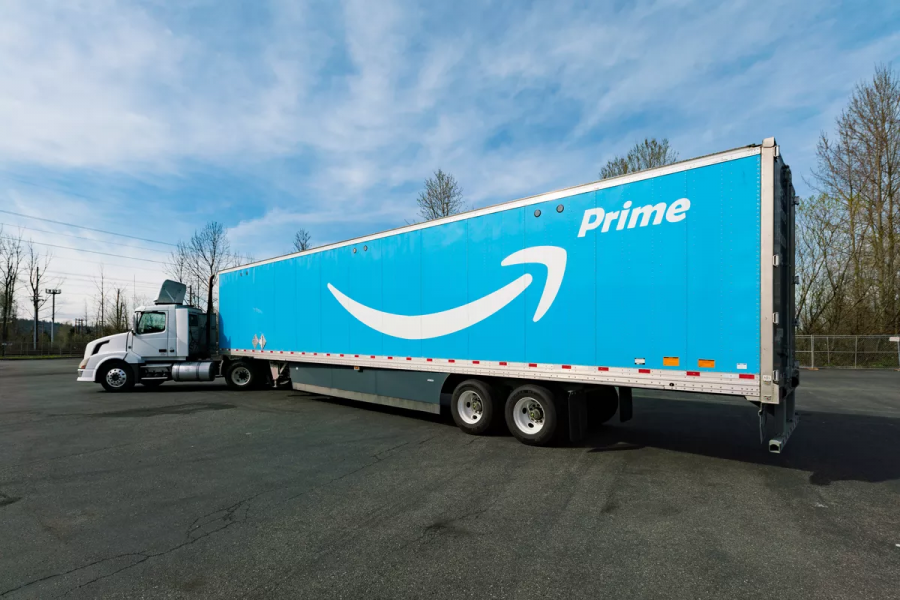 One of the world’s richest men, Jeff Bezos, the CEO of Amazon recently donated $10 billion to help fight climate change, meanwhile Amazon continues to be a huge source of pollution.

Amazon has not only taken over the retail market and millions of Americans wallets but the environment as well. Anyone can order almost anything at the click of a button thanks to Amazon prime’s two-day shipping. However, not many Amazon customers are considering the harmful effects of their shipments before ordering.

For a membership fee of  $12.99 per month, Amazon prime allows access to free two-day shipping on select products and gives access to hundreds of free movies, TV shows, and songs. Amazon was founded in 1994, originally a website that only sold books. Ever since Bezos’ expansion of the online store, its number of customers has continued to grow at an astonishing rate, the current number of Amazon prime members being over 100 million, about half of American families. For many the convenience of purchasing almost anything they could ever need without stepping foot outside their home outweighs the effects that Amazon has on the environment.

Is Bezos’ hefty donation a mere publicity stunt or is this money really going to offset all the environmental damage Amazon has already done. According to Bezos, he hopes his donation can help to fight climate change by helping to “…fund scientists, activists, NGOs — any effort that offers a real possibility to help preserve and protect the natural world.”

Along with Bezos’ personal donation of 10 billion dollars, Amazon itself has put aside 100 million towards reforestation and funding climate activist groups, such as “The Right Now Climate Fund” and “The Nature Conservancy” in order to ‘offset’ the effects of their company’s large carbon footprint. Amazon claims to have begun taking steps toward using more and more renewable energy every year, eventually using only renewable energy and reaching their ultimate goal of becoming carbon neutral by 2040, however environmental activists are primarily unconvinced due to the fact that Amazon has rejected climate proposals in the past and has also withheld the numbers of their emissions. In addition, according to Vox news, some have argued that Bezos could’ve taken more initiative within Amazon and tried to change some of their policies instead of donating so much of his own money, leading some to speculate whether Bezos simply donated the money to appease the companies invested in Amazon. According to “Donating $10 Billion Isn’t the Best Way for Jeff Bezos to Fight Climate Change” by Sigal Samuel of Vox News, “Bezos could do right now that would be guaranteed to have a vastly beneficial effect on our climate: He could clean house at his company. Amazon is a mega-polluter, and although Bezos has lately pledged to decrease its carbon footprint in response to pressure from inside and outside the company.”

Although online shopping leaves a smaller carbon footprint compared to frequently driving to the mall, getting rushed delivery, like Amazon prime shipping eliminates any major difference in pollution. The amount of two-day orders that Amazon receives adds up very quickly and in turn creates an influx of delivery trucks and waste. According to, “The Hidden Environmental Cost of Amazon’s Free, Fast Shipping” by Nicole Nguyen of BuzzFeedNews, “Expedited shipping means your packages may not be as consolidated as they could be, leading to more cars and trucks required to deliver them, and an increase in packaging waste, which researchers have found is adding more congestion to our cities, pollutants to our air, and cardboard to our landfills.” In addition, these large delivery trucks only add to the negative affects that Amazon is leaving on the environment. Delivery trucks are worse than normal cars because they run on diesel, although it is more fuel efficient it pollutes the air more than a normal vehicle, by releasing significantly more nitrogen dioxide into the atmosphere.

As a result of Amazon’s two day shipping many consumers order individual items separately as they need them, instead of ordering many items in one shipment. Many separate shipments create a need for more delivery trucks on the road and in turn a rise in carbon emissions. Since Amazon’s delivery is so fast the company doesn’t have as much time as normal shipping time would allow to consolidate more packages into fewer trucks. According to, “Amazon Prime is Convenient, But It’s Terrible For the Environment” by Madeline Barone of The Rising, “The problem is so many consumers order individual items instead of consolidating. Consolidating products and having them delivered on one route rather than separate items to various addresses reduces the number of miles required for delivery.”

Although many faithful Amazon customers argue that driving their car to go shopping contributes to carbon emissions, with prime’s rushed delivery it creates an increase of cargo planes and delivery trucks on the road, contributing to even more pollution to the environment than simply driving to a store.

How to be a Conscientious Amazon Shopper

Try using Amazon’s “Free-No Rush Shipping” option
Plan out what you’re going to order before hand to consolidate your packages
Weigh out the options of going to a store or ordering an item, if you only need one specific item that’s easily accessible nearby, drive to a store rather than using Amazon
Be conscious of where the item is shipping from and check if it’s available from a closer vendor