If you’re an avid fan of BBC’s Planet Earth, a future zoologist, or just looking for something new to watch on Netflix, consider Night on Earth. Produced by Plimsoll Productions, Night on Earth is a docu-series on Netflix detailing what hundreds of Earth’s beautiful organisms are doing when the sun goes down. The show was released January 29th, 2020, and is yet to rise in popularity yet has promising reviews from critics. With only 6 episodes thus far, Triton Voice will review and summarize the new series.

The docu-series is narrated by Samira Wiley, a 32-year old American actress. Though known for her role on Orange is the New Black, she and her voice have been praised by a number of critics. According to HITC.com, “the actress does a brilliant job of narrating the series and her soothing tones perfectly fit the nighttime animal action.” 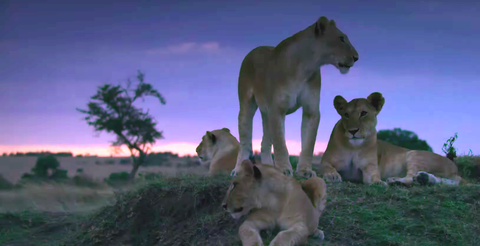 The first episode, Moonlit Plains, focuses on the relationship of predator vs. prey when the sun goes down. With plentiful settings ranging from the African savanna to Peruvian desserts and the Pacific desert, the first episode has a plethora of beautiful shots. Species featured include fur seals, Arrow Breasted scorpions, African elephants, vampire bats, and many more critters.

If one only has time for one episode, Triton Voice would recommend episode 3, Jungle Nights. Focusing on what goes on in the dark in the Earth’s many forests, ranging from the tropical rainforests like the Amazon to the Sri Lanka rainforest to temperate rainforests, like southern Norway. Featured animals include red-eyed treefrog, boa constrictors, orangutans, and many more.

What’s so fascinating about Nature at Night is that to a degree, it gives the audience a new perspective on Earth’s wildlife. This series portrays animals in a way that they had not been previously documented. As the moon waxes and wanes, the documentary highlights mannerisms, behavior, or even species we never knew about. Triton Voice highly recommends streaming this fascinating series.