Ride Sharing Services: Does the Convenience Outweigh the Safety Risk?

Crime Rates in Ubers Have Risen Every Year Since 2018, Is It Still Worth the Risk? 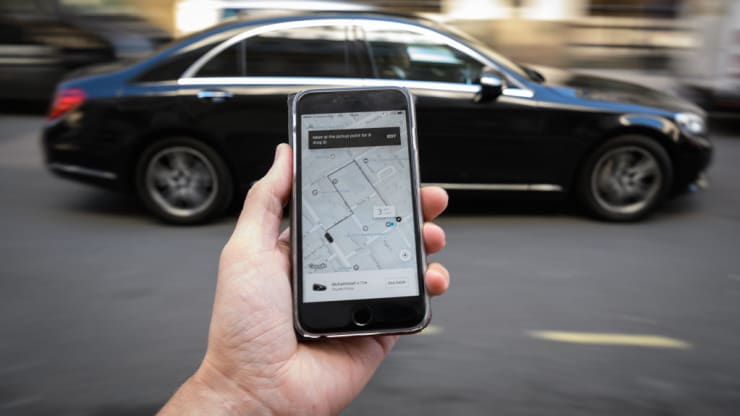 Is getting from point A to point B quickly and efficiently worth risking your life?

Millions of commuters are getting where they need to go by hopping in a car driven by a random stranger without a second thought, some think this should be a cause for concern. Ride sharing services have been known to be the source of various crimes, such as sexual assault and/or harassment, theft, or car crashes.

Ride-sharing apps are creating a new world of convenience for busy commuters and travelers. Instead of having to hail a cab on the street all one needs to do is download any ride-sharing app on their smartphone such as, Uber or Lyft. At the touch of a button anyone can connect with an employee through sharing their location with their selected driver and wait for them to pick them up. No cash has to be exchanged at all, the tip and the cost of the drive, depending on the distance, can all be paid electronically through the app. Although it is easy and convenient there can be some unforeseen dangers.

The different apps and how they work

The many different ride-sharing applications run under one basic system. Essentially anyone capable can become a driver. Uber is the most popular and widespread ride-sharing application. Lyft is it’s second closest competitor. Uber is a San Francisco based company created by Travis Kalanick and Garrett Camp in March of 2009. Lyft was created not too long after in June of 2012 by Logan Green and John Zimmer. Compared to Lyft, Uber has a larger user base and many more employees widespread. Many commuters use these ride-sharing services for their convenience but they may not be as effortless as marketed. Although ordering a driver is straightforward, sometimes their arrival time and route estimate takes longer than predicted because Uber employees are required to drive the route provided to them on the Uber app’s gps.

“The drivers I have had were pleasant, and some more talkative than others. The app is probably the most inconvenient part, as I have had two drivers cancel their pick up for me because they were unable to find the house I was at,” said Triton Junior, Madi Landry.

In order to become an Uber driver, there are some basic requirements all applicants must provide. In addition, each person has to complete an online interview. To complete the hiring process one must:

-Give proof of residency and proper vehicle insurance

-Own an eligible four door vehicle… What does that mean? Are cars inspected for safety?

Although Uber checks criminal history and driving records before hiring, rare instances of criminal activity are still possible. According to Wired, “More than 3,000 people reported sexual assaults related to Uber rides in the U.S. last year.” It has also been proven that the number of reported Uber related crimes have risen since 2018. This can make some wary of using private ride-sharing apps without anyone accompanying them.

“Even though Uber claims to have a thorough hiring process, I still wouldn’t risk going in an uber alone.” said Triton Junior, Kyla Prussman

Uber vs Taxis: What’s the difference?

Taxis seem to be losing passengers by the year compared to a rising number of passengers in ride sharing services. According to an article by MarketWatch, “This Chart Shows How Uber Rides Sped Past NYC Yellow Cabs in Just Six Years” by Nicole Lyn Pesce,“Uber completed more than 500,000 rides this year, according to the chart, yellow cabs have picked up under 250,000.” However, the main concern shared between all passengers is their safety. Safety concerns in taxis have certainly been around for a very long time, while reported Uber crimes have been steadily rising since 2018. Although Uber and Taxi services must complete a background check, background checks to become a Taxi driver vary by each city’s requirements while all Uber applicants must undergo the same background check.

The pricing and method of payment varies as well. Taxis charge not only by the distance but also based on the amount of traffic. Uber charges surcharges for driving during rush hour but they always give an estimate, unlike taxis. Customers can also pay and tip easily through the app, so no money has to be physically exchanged. With the large number of active Uber drivers growing it is taking away the need for Taxis.

Is Taking an Uber Safe?

Online ride-sharing services are technically no more dangerous than traditional taxis, however, Uber employees are driving on their own time picking up customers whenever they can, and using their own vehicle. According to Wired, reported crime rates in taxis have declined since they began dividing the front and back seats with plexiglass. One theory as to why crime rates are higher in Ubers is because Uber drivers are considered independent employees rather than full time and may not be as worried about losing their jobs as much as a full time taxi driver would be. This could also be applied to passengers not treating drivers with respect, if they aren’t thought of as real employees.

“I do think the risk of having a creepy Uber driver is low, but I would still rather ride with other people than by myself,” said Triton Junior, Andrew Babine, who’s ridden in multiple Ubers.

In addition, in efforts to make ride-sharing a safer experience, Uber has banned anyone 18 and under from taking an uber without an adult. Although minors are prohibited by the company from riding without an adult, drivers usually don’t follow this rule because they get reprimanded for turning down rides. This means they won’t get a bonus if their cancelation rates are too high, essentially encouraging these drivers to break the rules and pick up minors anyway.

According to, “A 12-year-old Died After Taking An Uber Alone. Drivers Say They Can’t Afford To Reject Kids”, by Stephanie K. Baer of BuzzFeed News, “Current and former drivers told BuzzFeed News that Uber, instead of encouraging drivers to reject ride requests for children, incentivizes them to accept all rides regardless of whether they’re against the app’s policies. Those incentives come in the form of bonus pay and surge pricing, along with penalties for drivers who cancel or accept fewer rides.” This leads many to speculate as to whether some Uber drivers are putting their earnings before the safety of their passengers.

How To Be a Safe Passenger or Driver

Although crimes reported in Ubers and other ride-sharing services are low there is still always a chance of something going wrong. No matter what it is important to be aware and safe when one is a vulnerable position. Here are a few tips on how to avoid bad situations and stay safe:

-Make sure to inform a family member or friend that you are taking an Uber or Lyft, in case something goes wrong

-Always order a ride inside a building to make sure you’re not standing outside alone, especially at night

-Ensure that the driver matches their profile and car description on the app. Ask them to confirm your name to make sure they know its you

-Report bad experiences or unsafe driving to the app

-Try to ride in the back seat if possible, to avoid more impact if a collision occurs

-Always be kind and respectful to your driver!