Finding the best chicken sandwich in the Cape Ann area. 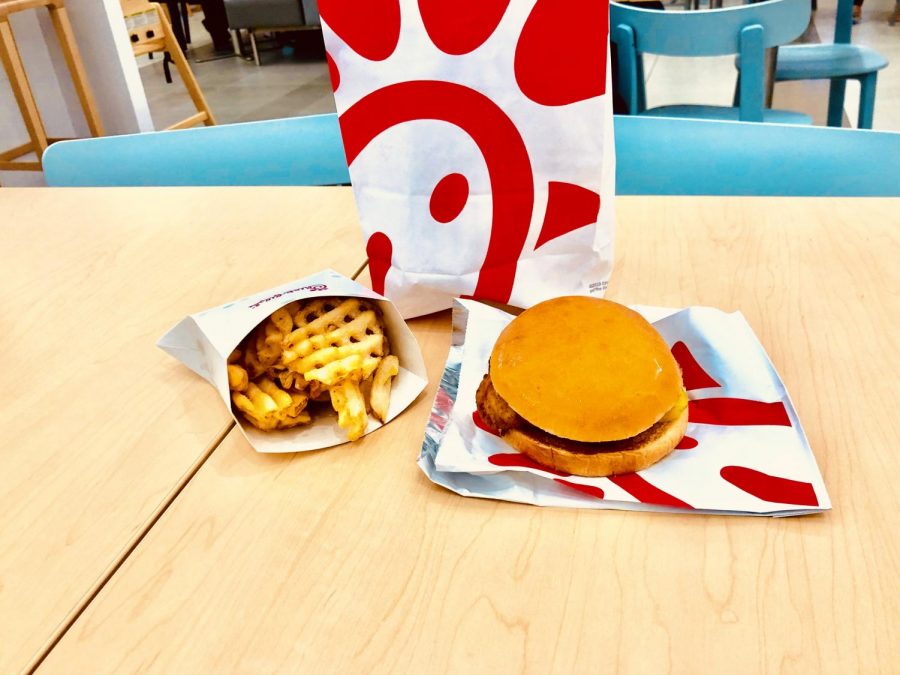 Picture of a Chick Fli a sandwich at the North Shore Mall. Taken by MarkAnthony Glickman

Meagan Riccio and I went to Popeye’s, Chick-fil-a, Wendy’s, and McDonald’s to try each original chicken sandwich. There was a wide variety of chicken from very flavorful and crispy like Chick-fil-a and Popeye’s to more blaned and moist chicken like Wendy’s and Mcdonald’s. We reviewed the taste of the chicken, the buns, how the sandwich goes all together and the customer service. The sandwiches were graded on an A+ to F scale, so it is an easy way for people to understand the grade given for the chicken sandwiches.

Easily the most convenient place to get a chicken sandwich has to be Mcdonalds with 3 restaurants in the areas around the towns of Triton. They also had the lowest prices of all of the restaurants with the McChicken costing $1.39, but you are definitely paying for what you get. The bun wasn’t toasted or glazed with butter to give it that sweetness you want from a good bun. The chicken was depressing to look at as it was a very light colored brown, thin and moist making it overall a poor quality chicken sandwich.

The next closest chicken sandwich comes from Wendy’s with there Homestyle chicken sandwich, which compared to Mcdonalds is definitely an upgrade. The restaurant itself was definitely the most run down restaurant out of the four we went too. There was trash overflowing, worn down counter tops, messy tables, and dirty windows. Yet the bun was toasted and buttered but the workers did that to try and hide the fact that the bun wasn’t fresh.The chicken was crispier but the quality of the chicken was low as it was rubbery after the crispy outer layer and didn’t have any flavor. With a price tag of $4.69 it doesn’t seem like you are paying for what you get.

The second farthest drive on our quest for the best chicken sandwich was at the North Shore Mall where there is a Chick-fil-a. They sell their Original Chicken Sandwich. This was the best tasting bun of the night as it was a fresh bun that was toasted and buttered. That bun went perfectly with a lightly battered chicken breast was crispy, but didn’t have too much batter. The chicken was the highest quality chicken we had all night, it was tender and flavorful even after the batter. The customer service was very nice as is well known and they were quick with their service. The price of $3.05 is definitely seems like the best bang for your buck.

The farthest drive went to Popeye’s with it being a 45 minute drive from Meagan Riccio’s house on Salisbury beach. The bun was very similar to Chick-fil-a with it being soft and buttery. The chicken had way more crisp to it and clearly was focused on the batter and not so much on the chicken. The batter may have been better, then Chick-fil-a but the chicken itself was of lower quality. With the price of $3.99 the sandwich closely resembles the price.