This is the TikTok “Discovery Page”. Here is where the trending hashtags are located. (Screen shots by Holly Harris)

This is the TikTok “Discovery Page”. Here is where the trending hashtags are located.

The New Social Media App Taking the Country By Storm

The Newest Hit, TikTok, Is Said To Be Under National Security Review:

Gallery|2 Photos
Screen shots by Holly Harris
This is the TikTok "Discovery Page". Here is where the trending hashtags are located.

TikTok is flourishing in the world of social media with 26.5 million of the 500 million monthly active TikTok users being from the United States alone. Triton Regional High School itself has “TikTok’ers” who have gotten famous from their videos.

However, the American government claims to have evidence of the app sending data to China.

For those unfamiliar with the booming app, TikTok is a video sharing app where users can shoot, edit, and share 15-second videos. Music, filters, and effects can also be added to the videos. Like most social media apps, TikTok allows viewers of the videos to like, comment, and share the video with others.

Triton High School junior, Ethan Mosteller, has had success in the TikTok world. “I already have a little over 10k followers but I wouldn’t want to become super famous at this point. I just find it fun just to make funny videos and look at people’s reactions,” said Mosteller. “My most popular video has 1.4 million views.”

TikTok was created by ByteDance, which was founded by  Zhang Yiming in March of 2012. ByteDance is best known for its mobile apps with video entertainment. TikTok was initially launched as “Douyin” in China, in September of 2016. In 2017, the app was launched by ByteDance for markets outside of China as “TikTok”, according to information from The New York Times, “Tik Tok Said to be Under National Security Review”, by Jack Nicas, Mike Isaac, and Ana Swanson.

According to The Verge, TikTok’s parent company, “ByteDance, is now valued at more than $75 billion, bumping Uber to the curb and solidifying its spot as the world’s most valuable tech startup.”

Other students at Triton enjoy TikTok for different reasons.

“I like TikTok because it is a way to forget the stress of the day. It’s relaxing,” said Haleigh Harris, a freshman at Triton.

“I use TikTok because it’s fun. I love making videos and I think that one day it would be really fun to become TikTok famous,” said Meaghan Riccio, a junior at Triton.

Most of the fame teenagers that are “famous” on TikTok get, is from dancing videos, storytimes, drawing videos, cooking videos, makeup videos, or just genuinely funny videos.

“I really hope one day I become TikTok famous. I think it would be so cool to have a big following to interact with on the app,” said Harris.

TikTok has clearly taken the spotlight.

“As of Q1 2019, TikTok is the most downloaded app on the Apple App Store, with 33 million downloads in a single quarter, according to Sensor Tower, 2019. The app strongly beats out YouTube, Instagram, WhatsApp, and Facebook Messenger, which round out the top five,” According to Oberlo.

Mosteller has an interesting take on the influence the app already has on people.

“I think the app is a good thing because it lets people be creative online,” said Mosteller. “I’ve also noticed that TikTok has 100 percent influenced some of our trends in our generation. Like clothing trends and jokes mostly come from the app.”

Despite all the rave about TikTok, there is still the fact that the American government claims to have evidence of the app sending data to China.

The United States government has opened a national security review of the Chinese owned company. A ByteDance spokesman has denied that Tik Tok is sending user data to China.

Data sharing may not be the only issue going on. It is believed that TikTok moderators were instructed to take down videos involving Hong Kong protests.

According to The New York Times, “Tik Tok Said to be Under National Security Review”, by Jack Nicas, Mike Isaac, and Ana Swanson, “TikTok’s Chinese connections and growing popularity in the United States have drawn new concern in Washington after news reports highlighted that there were few signs of the Hong Kong protests on the app and that TikTok moderators were instructed to censor videos that featured a number of political themes.”

“Chuck Schumer, Democrat of New York and the Senate minority leader, said the security review was, ‘validation of our concern that apps like TikTok — that store massive amounts of personal data accessible to foreign governments — may pose serious risks to millions of Americans’”, according to The New York Times article.

The American government views China’s actions as a threat to American national security and continue to try to stop Chinese companies from getting American data and technology.

United States government officials have been alarmed since the implication of China’s 2017 intelligence law. This law contains “sweeping language that requires companies to comply with intelligence gathering operations, if asked. Chinese officials have pushed back against these assertions, saying that companies should comply with local laws,” according to The New York Times article.

Mosteller, a TikTok user himself, agreed with the allegations against China.

“There is no doubt in my mind that TikTok, just like all of the other “big tech” companies are selling data to China,” said Mosteller. “China already copies our societal trends so they definitely want information from this app.”

Riccio also believes there is a possibility TikTok could be sending data to China.

“There is a possibility that TikTok is sending data to China, but it doesn’t bother me too much.”

Harris is more bothered by the fact that TikTok is under national security review.

“I don’t like the fact that I truly have no idea what information they may or may not have, as well as what they are doing with that information. The unknowns bother me,” said Harris.

Regardless of the tension between China and America involving technology, ByteDance has tried to build relationships in Washington. TikTok has joined NetChoice, a trade association of businesses that share the goal of promoting free speech and free enterprise on the internet.

Despite agreeing with the allegations against China, Mosteller is not too concerned about it, just yet.

“As of now, I trust TikTok with personal information. The way they will lose my trust is if they mess up and we come to find out they are doing sketchy things,” said Mosteller. “People should be skeptical, just because of what has happened in the past with companies like Facebook losing people’s trust.” 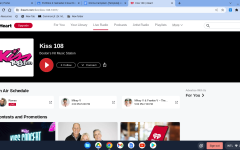 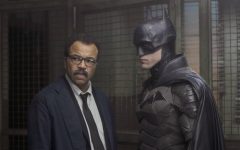 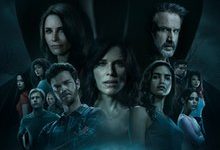 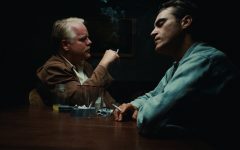 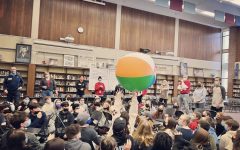 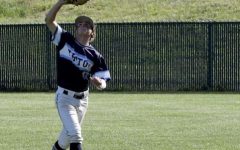 Mid-season update for softball and baseball 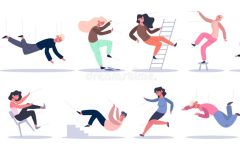 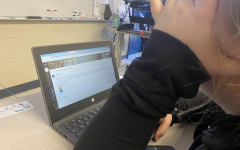 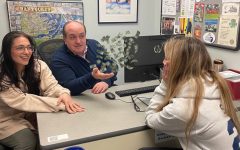 The Financial Burden that Comes with College