The War on Vaping Escalates 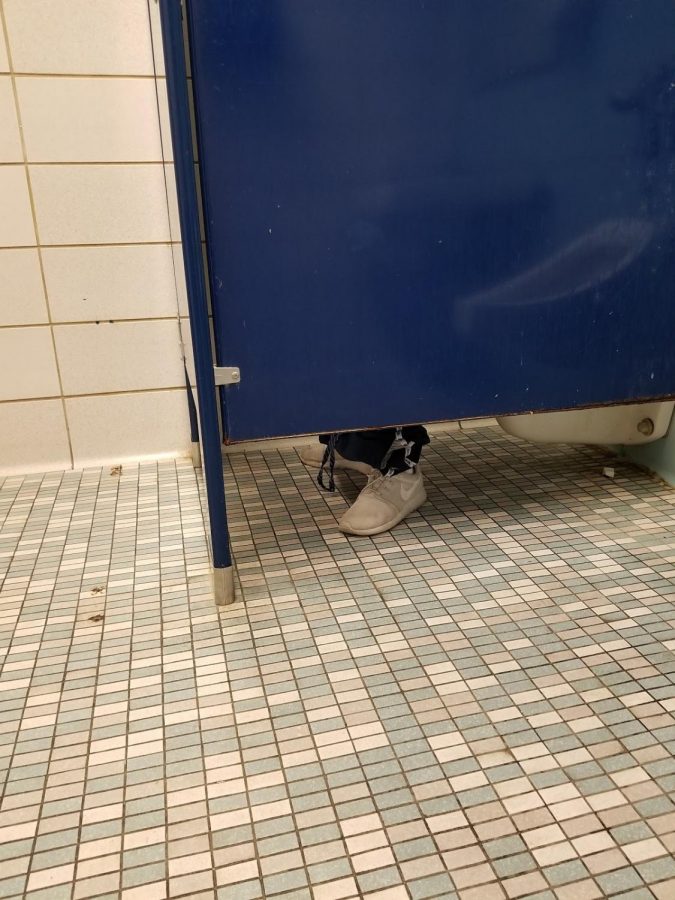 Triton families are conflicted now that all students have registered bathroom buddies.

Last wednesday, the Triton School Committee passed a new rule allowing both Scott Brennan and Kathryn Dawe to watch students use the bathroom. In an attempt to further combat the vaping epidemic Triton faces. After a close vote, 5 – 4, the committee confirmed the two administrators capabilities.

“It was really creepy, his facial expression did not change the whole five minutes I was using the bathroom. His constant stare of disappointment, not blinking once… I swear, not once, made me very uncomfortable,” said junior Connor Kohan.

Within the week all bathroom stall locks are going to be gone, a step for Brennan and Dawe to be able to see what’s going on inside the stalls.

“It’s a necessary step for the greater good of the Triton community,” said Brennan. “Personally, I feel safer with someone watching me go to the bathroom than someone not watching me at all. I don’t know what these kids are complaining about.”

Dawe’s first shift will be sometime this week aswell, hoping to completely cut down on students vaping in the bathrooms. Junior Abbie Magee, like others, is nervous for this change.

Brennan and Dawe have no plan to stop with student bathrooms, staff restrooms are also targets.

“Since students have been using staff bathrooms, we’ve decided to search them too,” Dawe said. “Mr.Brennan and I think we might even catch some of our employees.”