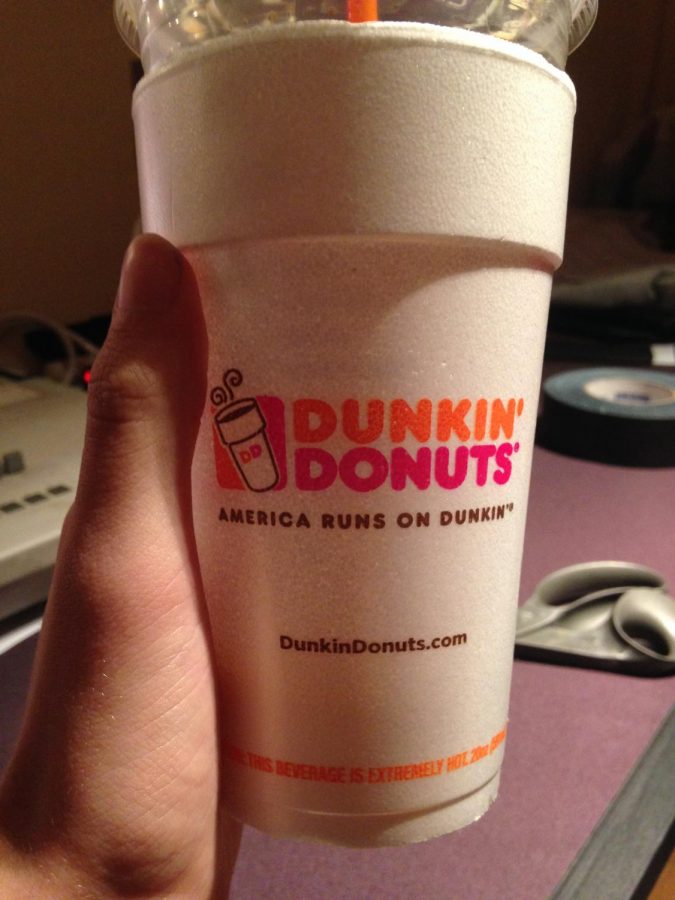 A recent tweet from Dunkin Donuts announced that New England’s favorite coffee and donut chain will officially be known as “Dunkin” starting in January 2019.

So far, fans have had mixed feelings about the change. Some don’t care at all, while others reacted explosively.

“I think it is an absolutely horrendous idea,” said sophomore Alexandra Flodman. “I think that it is one hundred percent disrespectful to the many generations of people who have been going to Dunkin Donuts for their lifetime.”

The renaming comes as a part of Dunkin’s current rebranding process. As a chain that mainly sells beverages, not donuts, they wanted to change the name to reflect their decision to focus less on donuts. Fans of the chain have been sharing their very differing opinions in person and on social media.

“I feel like the name is what brings together the community of coffee and donuts, and getting rid of it is going to mess up the balance of happiness in the world,” Flodman said.

Kayla Diaz, an employee at a local Dunkin Donuts and senior at Triton, said she found out about the change from her customers.

“One day we were just giving people coffees and they came up to us and asked us why we were changing [the name] and I was just like, I have no clue,” Diaz said.

While some students were very opposed to the change, others showed more indifference.

Dunkin will also be adding new features to the style of their store. For instance, they will be adding cold brew taps and self-ordering kiosks.  Many fans have worried that Dunkin getting rid of the “Donuts” part of its name means it will be taking it off the menu as well, but Dunkin assured the customers that the donuts, and most of the menu, will be the same according to dunkindonuts.com.

This new name is just the latest of many similar companies who have wanted to rebrand. For instance, IHOP’s temporarily changed their name to IHOB this past summer. With that change they had a similar goal to what Dunkin is doing now: rebranding. In IHOP, or IHOB’s case, they wanted to remind people that they also sold burgers, not just pancakes. Even Weight Watchers has changed their name to WW as part of rebranding their company. With WW, they wanted to take the attention off of the “Weight” part of their name due to some connections to dangerous dieting habits and body image. They wanted their company to instead reflect overall health with “Wellness that works”, according to their official website.

In general, students appeared unhappy about the change, and many thought Dunkin could have done better with the name.

“They should change it to Dunks,” Diaz said.

The change will be rolled out across stores over a few months or years. The rebranding will become official in January 2019, according to “Hold the Donuts, Says Newly Named Dunkin’” by Sapna Maheshwari of the New York Times.