Where Should the Trillion Dollars Go?

A look at where the infrastructure money should go 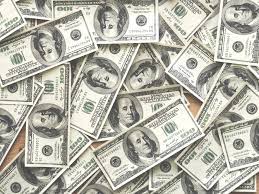 President Biden has shaken the political world recently, implementing a close to $2 trillion infrastructure bill achieved through a bi partisan campaign through the Senate.  One of the biggest questions that Americans have is: where is that money going?

The bill is being seen as one of the biggest steps Biden has taken in order to win over his critics as well as those who may have lost faith in him after the withdrawal of our armed forces from Afghanistan.  The infrastructure bill is a combination of rebuilding America as well as rebuilding America’s trust in the Biden administration.  But many Americans are wondering where that money is going to be allocated and which states are going to be prioritized?

After close to two years in the Covid-19 pandemic people want to see changes around them.  This leaves many wondering if they will even see a change in their day to day lives via the bill.  Many Americans are hopeful that this bill will revitalize the economy and kickstart Americans into getting back into the workforce.  However states are unsure if they are going to be properly funded and accommodated.

According to CNBC’s map of allocated money both North and South Dakota are receiving around $2 billion even though both states are in dire need of innovation and repairs as well as facing a drinking water shortage and cleanliness issue.  Comparing this to the 44 billion dollars that California is receiving there is a clear bias where the money spread throughout the states.

According to Mitchell Republic, a local South Dakota news site, 1 out 5 of every 5,800 bridges in the state have components that are in dire condition.  The discrepancy between the budgets of each state has left many residents seriously worried if they will see the changes that they were hoping for.

Ultimately in order to fix these issues a more detailed plan from the Biden administration needed to be laid out, not left to a news organization to build a funding map for you.  Another thing that needed to be done was a broad and public chart that would have shown what type of infrastructure would have received how much money.